When asked about Motivo’s founding and mission, CEO Rachel McCrickard says, “As an LMFT and AAMFT-S, I know firsthand how difficult it can be to find quality supervision that’s both convenient and affordable. At Motivo, we believe that things should be different. We believe that supervision is foundational to the continued development of a therapist, which is why we want to give professionals the opportunity to find a quality supervisor, regardless of geographical barriers.”

In response to our partnership, CEO Tracy Todd says, “We’re excited about Motivo’s offering for AAMFT members as one of our newest affinity partners. The benefits Motivo provides our members to connect with a supervisor or gain the hours needed to become an AAMFT-S advance and support our members regardless of where they are on the professional journey. We look forward to celebrating this new partnership at AAMFT’s Annual Conference in Austin.”

Therapists seeking licensure and approved supervisors can explore Motivo’s services and how to get started at https://wearemotivo.com/aamft/.

Conflating Mental Illness and Violence is Stigmatizing and Counterproductive

In the hours after the horrific mass murder in El Paso on August 3rd, Texas’s Governor Greg Abbott suggested that “mental health is a large contributor” to violence. After a second shooting in Dayton, Ohio on August 4th, the President stated, “mental illness pulls the trigger.” Suggesting mental health is a causal factor in violence has become a common trope after our increasingly common mass shootings. The public, and the media, quickly follow, and mental illness is blamed. As a mental health provider, I should welcome calls for greater mental health access – I regularly come up against the limits of treatment availability and gaps in adequate coverage. However, it is for exactly this reason that it is incumbent on me to specify that mental illness is, in fact, NOT a large contributor to violence.

In fact, few people with mental health issues are violent. The most common mental disorders – depression and anxiety, for example – are not associated with violence. Research has repeatedly found that severe mental illness, including schizophrenia and bipolar disorder, does not predict future violence. A recent study of data from almost 40 years of research on the topic concluded that the risk was so low that, in order to prevent one stranger’s homicide, 35,000 patients with schizophrenia deemed to be at high risk of violence would need to be placed into individual treatment. In total, only about 3-5% of violence in the U.S. can be attributed to mental illness. In other words, even if the proportion of violence caused by mental disorders was prevented, approximately 96% of violence that currently occurs would continue.

Moreover, people experiencing mental illness are much more likely to be victims of violence. Though statistics vary, it is evident these persons are at much greater risk of being violently traumatized than the general population, and that this risk has increased over the last 40 years. It’s also probable that these crimes are less likely to be reported. Worse, the victimization and experiences of trauma perpetrated against people with mental illness contribute to worse mental health outcomes and symptom severity.

Lastly, mental illness is not an excuse for bad/aggressive/violent behavior. The two are not synonymous. The most recent estimates suggest 20% of adults in the U.S. have a diagnosable mental illness. Yet, these tens of millions of Americans are not full of hatred, racism, and hostility. Conflating mental illness with terrorism is inaccurate and impedes progress in either area.

Given the unlikelihood of mental illness predicting future violence, perpetuating the belief that people with mental disorders are dangerous is incredibly stigmatizing. Moreover, discrimination related to these baseless stereotypes prevents people who need care, and their families, from reaching out for help. It is possible to promote greater access to mental health care without reinforcing this bias. Focusing on mental illness, broadly, instead of discussing factors that are actually predictive of violence – such as substance use, childhood physical abuse, intimate partner violence, youth, male sex, access to weapons – prevents meaningful change. At a time when change is imperative, further scapegoating of mental health is unwarranted, counterproductive, and harmful.

Sarah Woods, PhD, LMFT-Supervisor is an Assistant Professor and Director of Behavioral Health in family medicine, based in Dallas, Texas. She is a families and health researcher emphasizing integrated behavioral health in primary care. This research dovetails with her focus on advocacy specific to mental health access, especially for underserved populations.

Supporting Emotional and Psychological Trauma in the Family 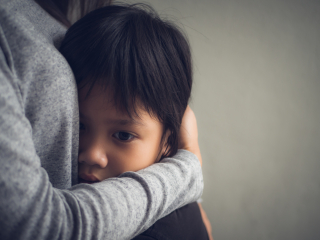 The recent mass shooting incidents in Gilroy, CA, El Paso, TX and Dayton, OH these last two weeks have continued to point to a complicated and serious societal problem on so many different levels.  Our thoughts and prayers are with the victims of the families and these communities that have lost loved ones, a sense of security, and well-being.  What these deadly mass shooting incidents create is an overwhelming sense of emotional distress and trauma.  Emotional and psychological trauma is the result of extraordinarily stressful events that shatter your sense of security, making you feel helpless and vulnerable.  This is why as marriage and family therapists we need to support those who are affected by these events.

These are some ways that mass shootings can affect us and our children:

If you are feelings some of these emotional and physical symptoms, it is important to do the following:

What can parents do for their children?

What can parents do for themselves?

If you have any further questions or are in need of support during these difficult times, find a marriage and family therapist near you.

Hoping for a safer and healthier society,

This summer, AAMFT joined with the American Psychological Association and other mental health associations in filing two briefs in federal court. The purpose of these briefs, known as amicus briefs, is alert a court to issues relevant to the lawsuit that the parties to the lawsuit might not adequately address. Many professional membership associations file such briefs concerning issues of importance to their members.

In the case Otto v. City of Boca Raton, AAMFT joined in a brief filed with the U.S. Court of Appeals for the 11th Circuit in support of local ordinances passed in Florida that banned conversion therapy with minors. The brief states that there is insufficient evidence to support conversion therapy and that conversion therapy poses significant risks to clients, especially minors.

The courts in both cases recently received these cases on appeal from a lower court. Decisions are not expected anytime soon, and a decision by the U.S. Supreme Court in the second case is not expected until next year.

AAMFT extends its deepest sympathy to the families and communities of those affected by the recent shootings in El Paso and Dayton. As we reflect on tragedy, we pause to consider the enormous effect violence and bigotry has on the safety, prosperity, and ideals of our beautifully diverse nation. Families are the foundation of our country, and without basic safety and connection, we cannot be strong. We call on our leaders to promote unity and meaningful change to reduce division that has led to acts of terrorism and white supremacy.

We also acknowledge the disturbing trend of misattributing mental health disorders for acts of hate and bigotry. Mental health issues affect many Americans, who are treated with care by capable marriage and family therapists and other mental health professionals. Hate and racism, however, are not disorders; they are choices made to inflict fear and terror into marginalized communities.

Camille Lafleur, chair of the Margins to Center: Cultural Connections Topical Interest Network, says, "Domestic terrorism and hate crimes are a threat to the mental, physical, and spiritual well-being of not just the victims of violence but to all Americans. Now more than ever, we need to be building strong cultural connections that allow for cross cultural healing in addition to growth and acceptance. This can be achieved by learning to value diversity, by remaining open and curious about different cultures, and finally by immersing ourselves in experiential cross cultural opportunities."

Many marriage and family therapists will be helping during times of crisis. To MFTs in Texas and Ohio, we support your efforts to bring healing to hurting communities. Because terrorism has vast systemic influence, we encourage all MFTs to support those who are grieving and healing in your community. The resources below have been created by member MFTs or compiled by AAMFT to help support this process.

President, AAMFT Board of Directors