This #GivingTuesday, Make Your Charitable Contribution to the AAMFT Research and Education Foundation 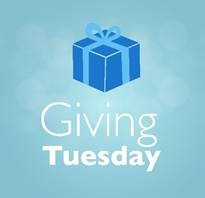 #GivingTuesday harnesses the potential of social media and the generosity of people around the world to bring about real-world change in their community, their region and throughout the globe. It provides a platform to encourage the donation of time, resources and talents to address humanitarian causes. It also brings together the collective power of unique, yet like-minded partners including non-profits, corporations, faith-based organizations as well as families and friends.

Making a charitable donation is not only a chance to make a difference: it's also an excellent way to reduce your tax burden for the year. The tax benefit is considered a compelling reason for making charitable deductions. Per IRS regulation, contributions made to the AAMFT Research & Education Foundation, qualified under Section 501 (c)(3), are 100% tax deductible as a charitable contribution.

As with everything in tax law, it's important to follow the rules. To claim a charitable deduction on your tax return, you must itemize your deductions. You report itemized deductions on Schedule A on your federal form 1040 using lines 16-19.

Posted at 08:17 AM in AAMFT Research and Education Foundation | Permalink | Comments (0) 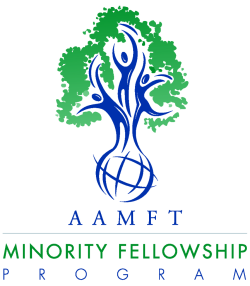 The AAMFT Research and Education Foundation's Minority Fellowship Program offers three Fellowships. The MFP is one of the longest running behavioral health workforce development grants funded by the federal government – funding provided by the Substance Abuse and Mental Health Services Administration (SAMHSA). These Fellowships are:

Join MFP staff for an informational webinar on applying for a Fellowship. Choose a time that works for you (all webinars are from 11 am - 12 pm eastern):

Email the Minority Fellowship Program staff with any questions or concerns at mfp@aamft.org.

Advocate for MFTs in Medicare Legislation 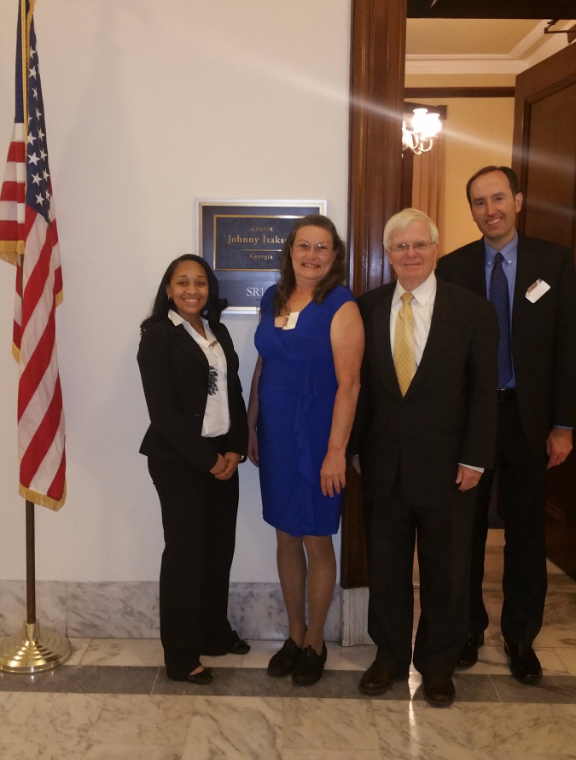 Bipartisan legislation that would include licensed marriage and family therapists as well as licensed mental health counselors as Medicare eligible providers has been introduced in both the US House of Representatives and US Senate. These bills are the Mental Health Access Improvement Act of 2017 (HR 3032) and the Seniors Mental Health Access Improvement Act of 2017 (S 1879).

This week, AAMFT Family TEAM members will be on Capitol Hill advocating for the MFTs in Medicare legislation. You can join these members in supporting these bills by contacting your Members of Congress and encouraging them to support adding MFTs as Medicare providers.

If you have not already done so, please encourage your Congressperson and Senators to support MFTs and cosponsor these important bills. A strong showing of support increases the likelihood that the legislation will continue through the legislative process to become law. Tell Congress to add MFTs in Medicare!

Additional resources on MFTs in Medicare

Join AAMFT’s Family Therapy Education and Advocacy Movement (TEAM) to receive the latest information on advocacy initiatives such as MFTs in Medicare and how you can help! 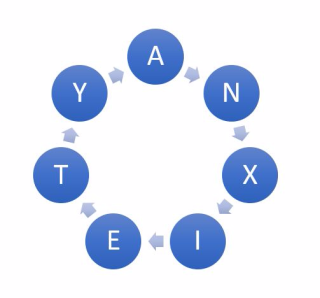 There is a polarizing pressure in America, where there seems to be an understanding that human beings are more different than similar, and that these differences create more distance than closeness between people. From arguments about the symbols of the civil war in the form of statues and flags to the symbols of racial injustice to the politicians discussing revisionist histories of the United States to divisive discussions around religious and non-religious people -- a systemic anxiety has emerged in America. A recent Harris poll (2017) suggests Americans are more stressed than ever in primarily five areas: the future of our nation (63%), money (62%), work (61%), current political climate (57%), and violence and crime (51%) (APA, 2017). These issues can create communal anxiety. Anxiety moves through systems outward, downward, around and back up again. If we consider our communal system in the United States at the highest level there is the entire population of the nation, and at the lowest level the individual citizen. Near the base of the system are the families that make up our citizenry. They are the bricks that build the foundation of our nation, and they absorb the joy, sorrow and the anxiety of the nation.

Anxiety is often characterized as worry, uneasiness or tension.  It has both positive and negative qualities. Some anxiety is necessary as it gets people up and out of bed in the morning. However, too much anxiety can be debilitating. Striving for something in between too little and too much is optimal. Anxiety unlike other health issues that people face is not curable, and is necessary to live. Additionally, it can often have a quality of being contagious. Within a family, anxiety will travel around the family like a “hot potato,” until one member of the family decides consciously or subconsciously to absorb the anxiety.

If the person internalizing the family anxiety has methods of processing it and letting it go or putting it into a manageable perspective, the family returns to homeostasis or functional balance. If, however, the family member does not know how to constructively process the systemic anxiety, it can cause different types of harm from physical ailments to psychological ailments. Often, the more vulnerable repositories for this anxiety are children. Children tend to absorb anxiety like sponges.

Depending on how resilient a child is can directly impact their ability to process both the systemic anxiety that is a result of society and the systemic anxiety of the family itself. Their ability to “bounce back,” can be closely related to both maternal factors, childhood traits and environmental factors (Crawford, Schrock & Woodruff- Borden, 2010). Temperament is one characteristic believed to have a biological component (Goldsmith, Buss & Lemery, 1997; Saudino, 2005; Hoekstra et. al, 2008). Some signs and symptoms that children will not process anxiety well and may internalize anxiety include:

Environmental Influences within the family

Children with these symptoms and systemic factors can tend to internalize anxiety and can manifest the expression of this anxiety in the following ways:

What parents and other caregivers can do to address systemic anxiety

Treatment for systemic anxiety affecting children can include both individual and family therapy. Improvements in family functioning through reducing caregiver stress can influence the success of outcomes for anxious youths (Schleider et. al, 2015). If your family or someone you know is struggling with systemic or individual anxiety in their social or family relationships a marriage and family therapist can help. Too much anxiety can have physical and psychological consequences. Finding a balance for our families can be crucial to contributing to a better society. 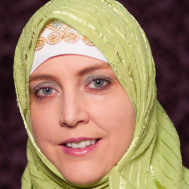 Heather Laird PsyD MFT, is the Director of the Center for Muslim Mental Health and Islamic Psychology at the University of Southern California. She is also Managing Director of HRL Consulting, LLC., and hosts Muslims and Mental Health on YouTube. She has been an adjunct professor for TCS in Public Health since January 2017 with her home department as Marriage and Family Therapy. She was a 2015-2016 AAMFT Doctoral Fellow of the Minority Fellowship Program and a 2016-2017 Albert Schweitzer Fellow.  She has been awarded the Global Psychology Award (2015 & 2016) and the Community Partnerships Award (2016). She serves on several committees and community boards in Los Angeles and around the world, notably as a steering committee member to the first World Congress on Muslim Philanthropy in Istanbul. 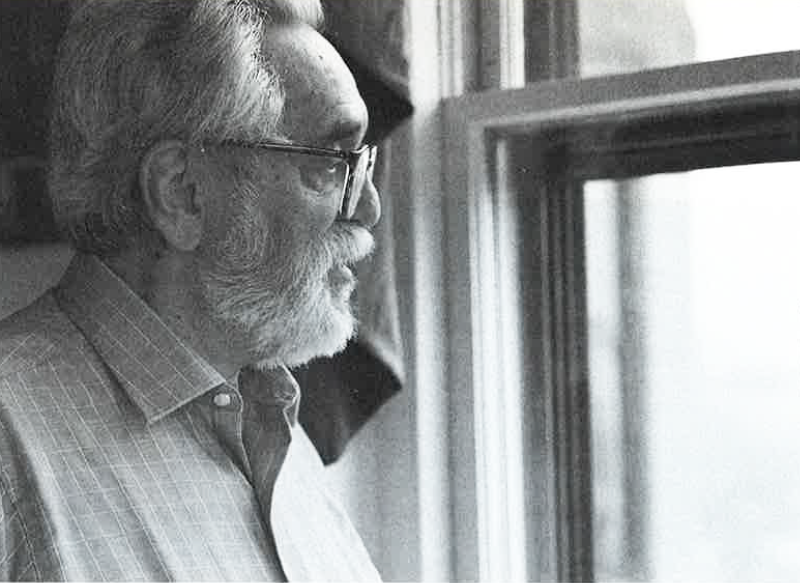 It is with a heavy heart that we announce the passing of Salvador Minuchin at age 96. No matter your particular field of study or clinical work, all marriage and family therapists know of Sal, his contributions to family therapy, and his legacy as the developer of structural family therapy.

Over the years, Sal’s style has been described as forceful and intense, but in a manner that communicates respect for family members. He spent his career working on behalf of the poor, marginalized, and ethnically underprivileged, changing the language of therapy to make it relevant to families. Populations typically considered “unreachable” needed new ways of communicating. Sal and his colleagues developed training programs—mindful of multiculturalism—that changed the lives of many people.

Sal contributed to numerous professional journals and coauthored numerous books, many of which explore the effects of poverty and social systems on families. Among these are The Disorganized and Disadvantaged Family: Structure and Process (1967), Families of the Slums (1967), and Families and Family Therapy (1974).

Co-author and close friend Dr. Charles Fishman noted “At this sad moment, losing my dear friend and mentor of many decades, I can only think of the countless number of families, all over world, who have been helped by Sal’s brilliance. He gave our field Structure, but for these families, he has given them so much more.”

Salvador Minuchin was born in 1921 in San Salvador, Entre Ríos, Argentina. His interest in working with family-based interventions came in 1951 while co-directing residential institutions for children in Israel. There, he began to work with groups instead of individuals. Later, Sal trained at the William Alanson White Institute of Psychoanalysis in New York, where the ideas of Harry Stack Sullivan (interpersonal psychiatry) were supported. As he was training, he began practicing at the Wiltwyck School for Boys and gradually recognized that he needed to see a client’s family for full effectiveness.

Today, The Minuchin Center for the Family provides structural family therapy training to individuals, and systemic consultations to organizations, working with couples and families who have been marginalized due to racism, socio-economic conditions and/or sexual orientation.

Our deepest sympathies are with the Minuchin family at this time, his close friends and all those impacted by his loss.

We welcome AAMFT members to share their thoughts and memories of Sal in this forum pinned to the top of the AAMFT Community and we look forward to highlighting his massive contributions to our field in our next issue of Family Therapy Magazine.