The Ethics of Scope of Practice

The July/August issue of Family Therapy magazine focused on the value and purpose of licensing for mental health professionals. I am both an LPC/S and an LMFT/S in South Carolina. And what I find distressing in our state is the blatant misrepresentation on the part of various persons with an LPC license who promote themselves (and are seemingly recognized) as marriage and family therapists. When, of course, the purpose of a license in any profession is to both inform and protect consumers of whatever the professional service.

Even if I am supervising a post-graduate student for an LPC license, I am supervising from a systemic perspective, which is a more comprehensive theoretical and ethical orientation; LPC training being thus subsumed under the more comprehensive systemic perspective reflected in an LMFT credential. Even such persons as I may have supervised are not, however, legally or ethically entitled to promote themselves as qualified marriage and family therapists unless they hold an LMFT license. At least according to the Practice Act, which defines the distinct LPC and LMFT licenses in our state.

The contrast between how many more mental health professionals in South Carolina possess an LPC license with how fewer LMFT licenses are held reveals how less demanding the LPC license is. Not that I haven't supervised some persons who have qualified for both licenses. Yet, some of the most capable students I have taught in graduate school who have passed the LPC exam have failed the LMFT test.

The LPC Code of Ethics in South Carolina prohibits LPCs from practicing outside of their "Scope of Practice" (#s 6 and 7) and from promoting themselves as qualified to offer such services (Section F, #s 1 and 3).

Recently, I explained to the administrators of one of the graduate programs in clinical counseling in our state who was hiring an LPC to teach "Family Systems Theory," that such a person was not qualified to teach such a course according to our state's distinctive licenses.

Their response was that licensing does not apply to academia; even though this particular graduate program claims to be preparing students for licensure. And they added, so "we can get by with" hiring this person.

At which I asked, "Is that the kind of ethical principle you want to teach your students? Whatever the matter, if you can get by with it, it's okay?"

Is that what makes something ethical—whatever you can get by with? 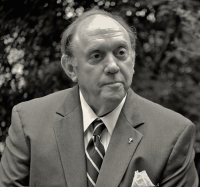 The Reverend Robert Marsden (Monty) Knight, DMin, has been a pastoral counselor in Charleston, South Carolina for the past 41 years. He is an AAPC Fellow and an AAMFT Clinical Fellow and Approved Supervisor. www.drmontyknightcounseling.com

Ambushed: Reflections on a Founding Father

Twenty years after his passing, Carl Whitaker’s work and thoughts on the human condition continue to be appreciated by new generations of family therapists. He broke new ground for treating the whole family, in a time with no orthodoxy, no rules firmly in place, and no managed care. I remember fondly an experience with Carl on a Saturday morning in April 1977.

I received a phone call from my brother, inviting me to attend a workshop with Carl Whitaker, MD. The Gestalt Institute of Connecticut was hosting a workshop with Carl, and he had secured my attendance. I jumped in my car and flew down to Madison. The session was taking a break as I arrived, and I noted there were fewer than 20 clinicians in attendance. I knew a number of them from my internship at Elmcrest Psychiatric Institute. My brother introduced me to others in attendance, and I was reintroduced to Carl.

When the session reconvened, I sat down on a pillow next to my brother. It was quiet for a moment, then a man began to speak and thanked Carl for his work with his family the year before. He reported that the family was better connected and there was more joy in their house.

Following another silence, my brother spoke up and said, “Carl, six months ago, our mother was killed. At the time, Billy and I were close. But we’re not close any more and I want to work on it with him.”

Everyone turned to look at me. I froze. This was totally unexpected. Then Carl extended an invitation. “William, would you like to work on this?” In my wildest dreams, I wouldn’t have known how to say no to Carl that morning.

Then, several things happened at once. The people sitting close to us began moving away. Leo Berman, MD, the director of education at Elmcrest, moved toward the video camera and switched it on. Carl came over and sat down on a pillow with us. It was now the three of us sitting alone in front of the camera and a room full of people.

The three of us had all grown up on farms in upper New York State. Carl understood growing up on a farm. He was a big strong farm boy who had left the homestead for a professional career. He was tall and broad. His personal stature alone was an intimidating presence. However, I must emphasize his kindliness and his brilliant mind. I felt safe with him next to me.

For the next two hours, Carl went up one side of my family tree, and down the other. He explored deep family themes. My brother and I talked about the loneliness we each felt. We talked about the horror of the murder.

After lovingly exploring our family for two hours, Carl leaned back and gave a big laugh. He held out his two big arms as if he was about to hug someone, “I feel like I have each of you on a different breast and I can’t get you together.” He then grabbed each of us by the back of our necks and pulled us together.

As soon as we touched, we started sobbing. We were now two little boys who had lost their mother. We clutched at each other for dear life. I don’t know how long we held each other and cried before the moment passed. My brother sat back and looked at me. “You know that now we’re both orphans?”

Eventually, Carl spoke, “I want you both to leave, walk on the beach, hold hands, throw sand at each other. We’re going to talk about what just happened and I don’t want our talking to alter what you just experienced, so you have to leave.” With that, we were dismissed. We slowly wandered out to the sand and walked and talked.

Immediately after the session, I could not have told you one specific thing we said. Carl talked in such a primal, primitive language that he kept pushing me into the unconscious side of my brain. I think he talked to my right brain and my conscious brain went along for the ride. It wasn’t that we just talked about the love we had for our mother when we were children, we felt the love for we had for our mother.

Over the next year, there were times that I grieved and there were plenty of times I avoided my grief. But when I came to a roadblock (for example, anger at my father for having died years before), I would remember something that we had talked about. It was as if he had scattered breadcrumbs in my unconscious to guide me through. As I stepped on one, memories would come back offering a new piece of the puzzle.

Carl later told me that I captured him as a foster grandfather during that session. Subsequently, I organized a monthly supervision group with Carl that lasted for 10 years. Initially, we talked to him about family therapy. But over time, we came to talk about life. Up until his stroke, he nurtured me. He shared with me what he thought psychotherapy was, but he talked much more to me about what it meant to be a person, a husband, and a father. He gave me permission to become who I am, and I am forever grateful. 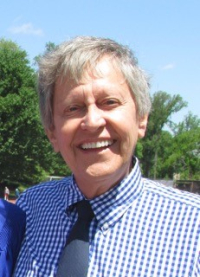 William M. Boylin, MA has worked in psychiatric hospitals for over 33 years and currently is in private practice in Middlefield, Connecticut.  He is also adjunct faculty at Central Connecticut State University.  He is the author of Bedlam, a novel, as well as numerous journal articles and his professional blog (williamboylin.com).  He is a Clinical Fellow of AAMFT.