The Mental Health Reform Act of 2016

On March 16, The Senate Health, Education, Labor and Pensions (HELP) Committee marked up S. 2680 The Mental Health Reform Act of 2016. In keeping with his previous tradition, Chairman Lamar Alexander (R-AL) accepted 5 noncontroversial amendments that passed via voice vote. He did this because he wants any other amendments that may be perceived as partisan or controversial to be offered on the floor of the senate, which requires a 60 vote threshold to pass, as opposed to a simple majority in committee. With the senate makeup at 54 Republicans and 46 Democrats (or independents who caucus with Democrats), this ensures that any amendment offered on the floor must have bipartisan support.

There is no timeline for floor consideration but it is expected to be sometime in April.  AAMFT continues to meet with committee staff to provide feedback to make the bill more inclusive of MFTs.

The description of the 5 amendments that were accepted are below:

A Manager’s Amendment is usually a number of amendments that both sides can agree to or that are technical fixes in drafting. It is offered by the manager of the bill to expedite the process.

The Manager’s Amendment would make changes to the requirements of block grants for prevention and treatment of substance use disorders, and require the secretary to conduct a study on the distribution of funds under the block grant.

An amendment to specify conditions under which prescriptions for a controlled substance can be partially filled and would prohibit the remaining portions of partially-filled prescriptions from being filled 72 hours after the prescription is issued in emergency situations.

An amendment to order a GAO Study on mental health services for children, looking at both access and availability.

An amendment on Mental Health on Campuses

Opportunity for MFTs to give back 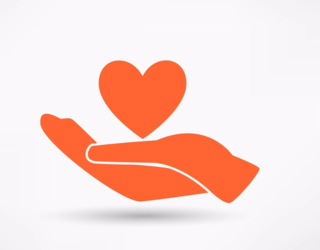 “Let us strive on to finish the work we are in, to bind up the nation’s wounds, to care for him who shall have borne the battle and for his widow, and his orphan” - President Lincoln, Second Inaugural Address

With those words, President Lincoln committed the nation to ensure returning veterans have the care and services they deserve. Now, nearly 150 years later, the Department of Veterans Affairs has grown into one of the largest health care systems in the Nation. The VA operates more than 153 medical centers, 909 ambulatory and community-based outpatient clinics, 135 nursing homes, 206 Veterans centers, 24 military discharge centers and a number of other facilities across the country.

Recently the VA has announced a new program called Care Enough to Share which would allow qualified mental health providers such as MFTs to be able to volunteer in local VA facilities. In addition, by volunteering you can even earn continuing education credits and maintain clinical hours for licensure.

From dealing with depression to PTSD, to helping Veterans cope with transitioning back to society, there is always a need for more mental health professionals to help care for our veterans.

For more information about the program visit VACareers.va.gov/woc. For consideration, email your CV, transcripts and supporting documentation to VAMentalHealthWOC@va.gov. In the email, please include your preferred location and the type of work you are able to perform.

The recruitment is for flood relief operations in southern states.

Red Cross is seeking volunteers from outside the flood area who are available over the next week to deploy for 10 or more days. Recruitment has been expanded and is no longer limited to states near the flooding.  Red Cross DMH volunteers who are available and interested in deploying are asked to update their availability in Red Cross’s Volunteer Connection.

Red Cross DMH volunteers who live close to the flooding and are available to volunteer are encouraged to go through their usual chapter’s or region’s volunteer procedures.

Mental health professionals who interested and available to volunteer as described above, please send a message to dmh@redcross.org.