On Wednesday, January 20th, the Senate Health, Education, Labor and Pensions (HELP) Committee, held a hearing on mental health reform on the 114th Congress. The hearing focused primarily on the provisions of the Mental Health Reform Act (S. 1945)– legislation introduced by Committee members Senators Chris Murphy (D-CT) and Bill Cassidy (R-LA). While the Committee did not vote on this legislation, Chairman Lamar Alexander (R-TN) said he wants to “move promptly” to put forward a series of recommendation from a variety of mental health proposals.

Many of the broad themes discussed included increasing access to mental health care in rural areas, addressing the provider shortage and reducing the stigma around mental health. In addition, there was talk about addressing the Health Insurance Portability and Accountability Act (HIPAA) privacy laws. “Touching HIPAA is like touching an electric wire, but maybe that's what we're paid to do sometimes.” said Chairman Alexander. So far there are two competing proposals that would address alleged problems for people who struggle to find out information about a family member under psychiatric care. The proposal from Rep. Tim Murphy would directly amend HIPAA law by providing a new exception to the HIPAA privacy rule. A competing proposal from Doris Matsui (D-CA) would codify the content of a 2014 guidance (PDF) issued by HHS' Office for Civil Rights without amending the HIPAA. It will also promote better understanding of what the privacy law allows—which will help providers in using their discretion in mental health situations.

Chairman Lamar Alexander (R-Tenn.) and ranking Democrat Patty Murray of Washington want to use reauthorization of the Substance Abuse and Mental Health Services Administration as the primary vehicle for mental health bill, which the committee could then add to, said Sen. Bill Cassidy (R-La.).

As a result of the hearing, Chairman Alexander said he is working with the Senate Judiciary committee, which shares jurisdiction on mental health issues, on a larger sweeping comprehensive mental health bill that pulls from a number of competing bills, including one that deals with the opioid epidemic.

AAMFT continues to meet with members and staff of the relevant committees in working to try and include language that would allow MFTs to be reimbursed by Medicare in any legislation that moves forward. The bill, HR 2759, would ensure that 40% of the entire mental health workforce (MFTs and counselors) are no longer excluded from Medicare reimbursement.

Include MFTs in Medicare Reimbursement

Previously I have talked about how the profession of marriage and family therapy is overlooked or not accurately categorized. This is especially true when it comes to Medicare reimbursement. Of the five federally recognized mental health professions, MFTs are the only ones excluded from Medicare. AAMFT has been working diligently to change that.

In May 2015, the Senate Finance Committee, which has jurisdiction over health care, launched the Chronic Care Working Group to discuss ideas that improve the way care is delivered to Medicare beneficiaries with chronic diseases. After a number of hearings the working group recently released a white paper on chronic care titled, “Bipartisan Chronic Care Working Group Policy Options Document.” The group has also asked for associations and health care organizations to comment and provide feedback on the white paper. Working with our partners at the American Counseling Association, American Mental Health Counselors Association, California Association of Marriage and Family Therapists and National Board for Certified Counselors, we have submitted comments to the committee with our recommendations to finally include counselors and MFTs to be accepted as Medicare providers (see the full letter here).

It makes no sense when you talk about the mental health shortage areas in this country that the two groups who are excluded from being reimbursed by Medicare, make up over 40 percent of the nation’s mental health workforce.

The statistics in the letter are stark:

Including MFTs in Medicare is the logical next step. There is no opposition to the legislation, and it has already passed both the House and the senate, just not during the same session. While we remain optimistic that mental health legislation will move through this congress in the coming months, we continue to work to include language that will include MFTs as Medicare providers, as they should be.

We also need your help, by asking for your voice. Reach out to your member of congress today, either via email, phone call, or social media, and tell them to support MFTs in Medicare. We have prepared scripts that you can use by clicking here, but feel free to personalize them any way you want to help them stand out.

Posted at 09:11 AM in Advocacy, Executive Director | Permalink | Comments (2)

Forgiveness: The Benefits of Letting Go

As a marriage and family therapist, I have worked with various presentations of injured relationships (often related to infidelity) and the most productive and positive results come with forgiveness. When anger and bitterness are directed toward anyone, including ourselves, the result fuels further vulnerability. Infidelity, for example, injures the foundation of relationships, leaving both parties with a difficult choice—hold on to negative feelings or let go and move forward. In my work, I often talk about forgiveness, and while it is easy for me to talk about it, putting it into action can be, and often is, challenging for clients trying to cope with an emotional injury.

Nearly everyone has been on the receiving end of a comment or action that is hurtful. Maybe your spouse had an affair or your best friend lied to you, intending to “protect you.” When we feel betrayed by someone we trust and love, it can be excruciatingly difficult to understand how that person hurt us, intentionally or not. And there is a host of negative emotions that keep us imprisoned in our anger or sadness, unless we forgive and move forward. Forgiveness shares a border with betrayal and is necessary for us to heal.

Human forgiveness may be understood as the act of letting go of negative emotions, and the challenge for most, if not all of us, is how to do that.  It can be difficult to find compassion for someone who has wronged us in some way; depending on the offence, it can be nearly impossible. There are shades of grey when it comes to forgiving, yet succeeding in doing so brings great benefits to the sufferer.

Why is it so important to practice forgiveness, or at the very least, engage in its possibilities?  Engaging in forgiveness frees us from the toxic emotions that accompany grudges and bitterness. In fact, it is in our own interest—our happiness and inner peace—that we forgive. Holding an intense grudge mimics the notion that “resentment is like drinking poison and expecting someone else to die from it.” We end up hurting ourselves when we don’t practice forgiveness. And yet, we walk a fine line between being oblivious to the infraction that caused us pain and stewing in resentment. 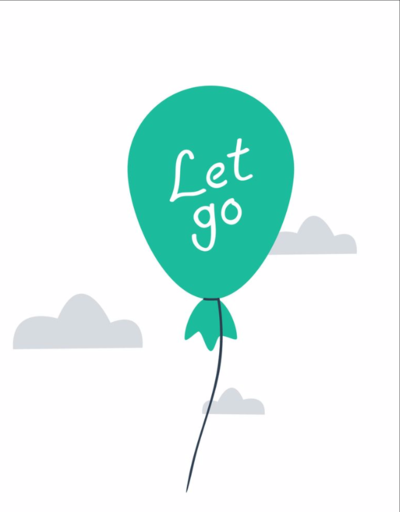 While it is clear that forgiveness yields benefits, making peace with actions or events that feel unfair is hard work! It requires self-awareness and understanding of our own need for forgiveness, without hubris. Has the sufferer never intentionally or unintentionally hurt someone else? One needs to access difficult and painful emotions that often resemble grief. The injured party has to look deep inside and ask how productive it will be to hold onto their anger and possible vengeance for the wrongdoer. It becomes a tug of war between intellect and emotion. Logic says let go, while the emotional self wants to even the score somehow.

Forgiveness, like grief, is a process. The initial discovery that someone we love hurt us or has been taken from us in some unjust way is met with shock—protecting us from plunging into despair.  And as it lifts, we move through stages of denial, anger, depression—vacillating between them —until we finally reach acceptance. Just as grief is a process that changes us in ways we never imagined, forgiveness is transformative and freeing in ways that release us from our suffering.

The benefits of forgiveness often outweigh the consequences of nursing the sentiment of being wronged or attempting forms of revenge.  As systemic therapists, one can easily connect forgiveness to relationships, and when we are able to forgive ­—ourselves and/or others— the outcomes are positive for everyone. Forgiveness can lead to benefits such as:

When we are able to have compassion for the humanness we all possess, we are able to engage in forgiveness. Be patient and kind to yourself along the way. As with anything that requires great strength and tenacity, it takes time and some days will be harder than others.

Vanessa Bradden, LMFT is a staff member at AAMFT, collaborating with the Communications Department as a product development specialist. She has a private practice in Chicago and is an AAMFT Approved Supervisor. Vanessa’s clinical interests and expertise include working with individuals and couples coping with perinatal mood disorders, pregnancy loss as well as grief and other losses.

Posted at 09:49 AM in Clinical Topics, Guest Bloggers | Permalink | Comments (2)